A Walk to Wistman's Wood

For many visitors to the Two Bridges Hotel, one of the highlights is a walk to the nearby ancient Wistman's Wood.

Our guest contributor, Devon-based photographer Portia Crossley, gives us an account of her walk with hubby Reuben and four-legged friend Ia (followed by a Two Bridges afternoon tea and a well-deserved pint of Jail Ale). 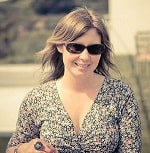 Leaving the car park of the illustrious Two Bridges Hotel we were already looking forward to a well earned frothy pint of Jail Ale on our return! The hotel is under the same private ownership as Dartmoor Brewery (the highest Brewery in England, based just up the road in Princetown) so they know how to keep and pour a particularly good pint! Crossing the road and joining the gravel track towards the mystical Wistman’s Wood felt a little like we were on our own mini pilgrimage. Many have traipsed along this path to behold one of the oldest and highest oak woods in Devon.

The path continues straight ahead, parallel to the river although the terrain varies underfoot from rocky paths to open moorland. The far reaching views up the West Dart Valley with distant Tors on either side are breathtaking…or an excuse to catch one’s breath whilst “admiring the view!”.

On much of Dartmoor’s common land, sheep, ponies and cows graze freely, so it’s essential that you keep your dog under proper control (or on a short lead) when walking near livestock. 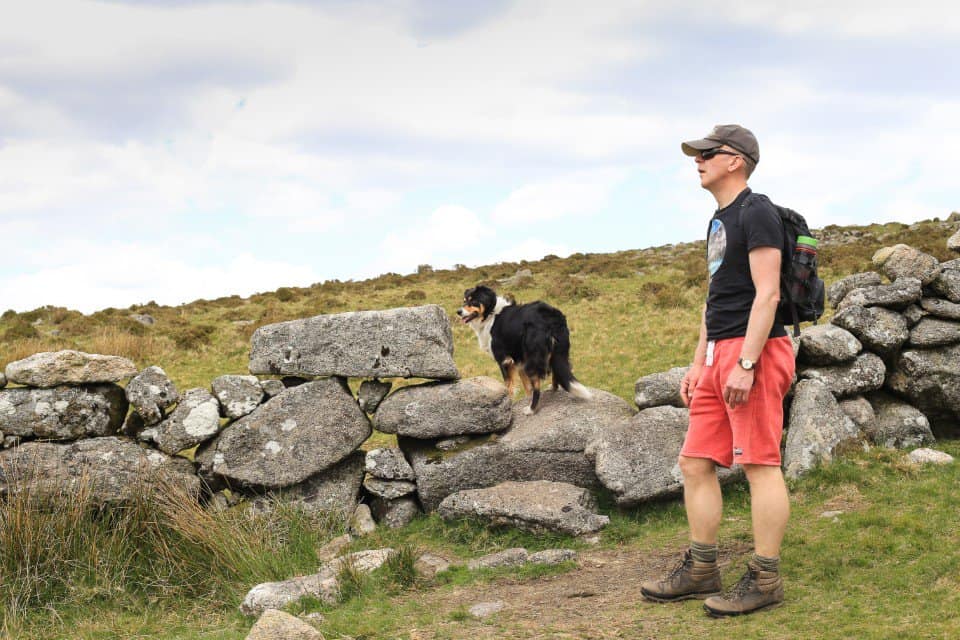 Capturing our first glimpse of Wistman’s Wood clinging to the side of the valley in the far distance gave us renewed motivation to pick up our pace! The dog needed no such encouragement happily trotting along savouring the scents and excitement of the moor! 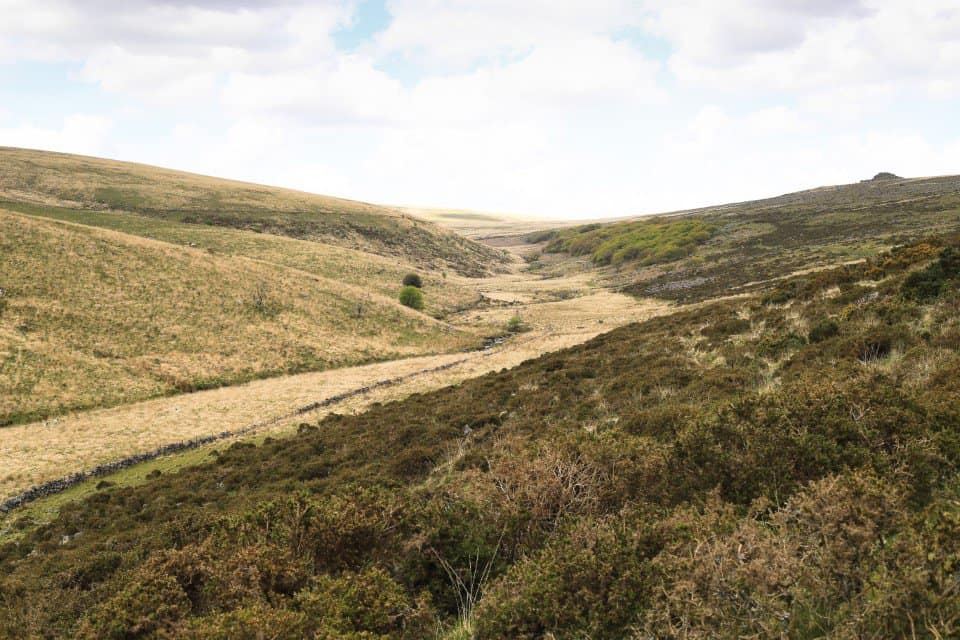 A couple passed us and warned us of an enormous black dog ahead…with visions of the legendary hounds of Dartmoor we continued warily! Legend has it Wistman’s Wood is home to large black hounds, led by the Devil or the Spirit of Old Crockern, that roam the moor on dark and misty nights looking for unguarded travellers. Thankfully, we encountered no such beasts!

Approaching the enchanted wood even the dog hesitated. We felt both drawn to enter and explore this magical paradise and yet strangely cautious of its spectral qualities. 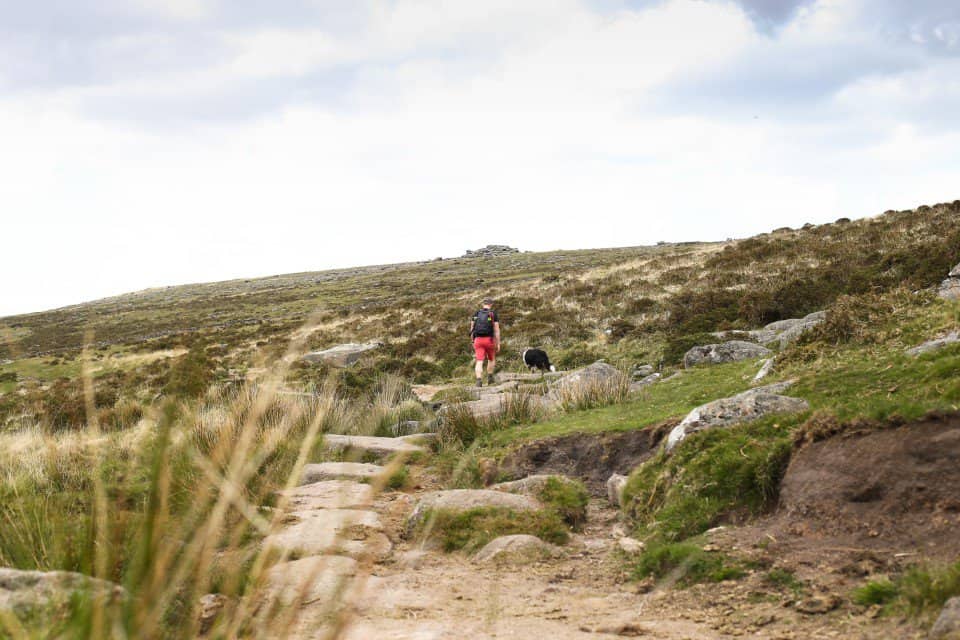 A couple of steps in we were mesmerised by this gnarly and yet verdant miniature forest. We stepped and leapt over a myriad granite boulders, the bespeckled light illuminating winding otherworldly tunnels. Quiet descended within the thick mass of intertwining trees & my mind played tricks on me creating faces everywhere I looked. The wood is covered in spongy moss and over 100 types of lichen some of it hanging like witches’ hair from the branches. 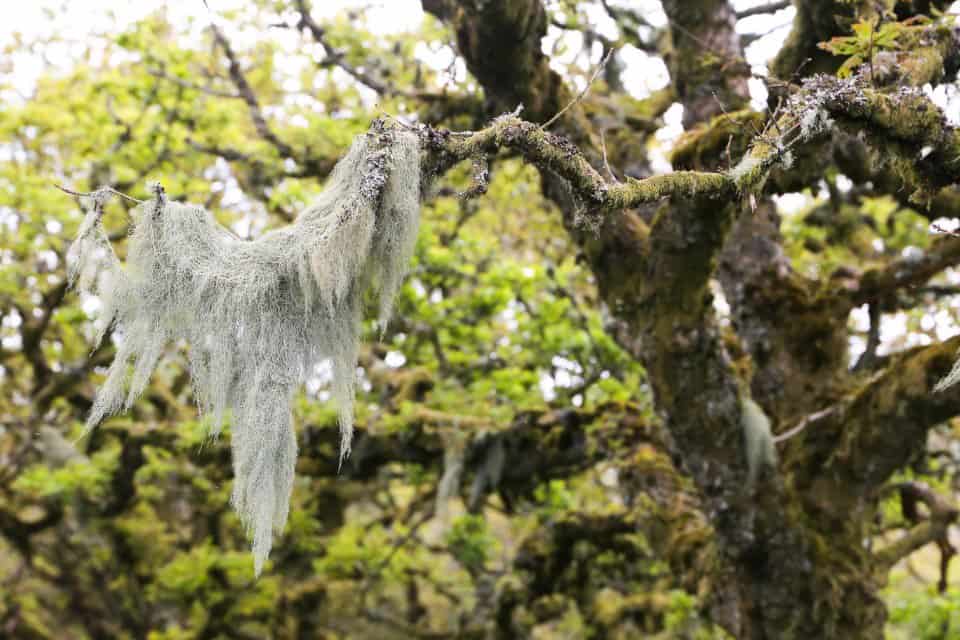 So now we had to decide whether to simply retrace our steps back to the hotel or ascend to the Tors above us and walk back along the crest of the hill. Promising ourselves that pint and an Afternoon Tea we climbed directly up to Longaford Tor and admired the wide ranging view. Satisfied we made our descent to the hotel via Littaford Tors and Crockern Tor. Whilst Dartmoor can seem isolated in some sense walks are often populated with company along the way in the form of sheep, ponies and cattle. 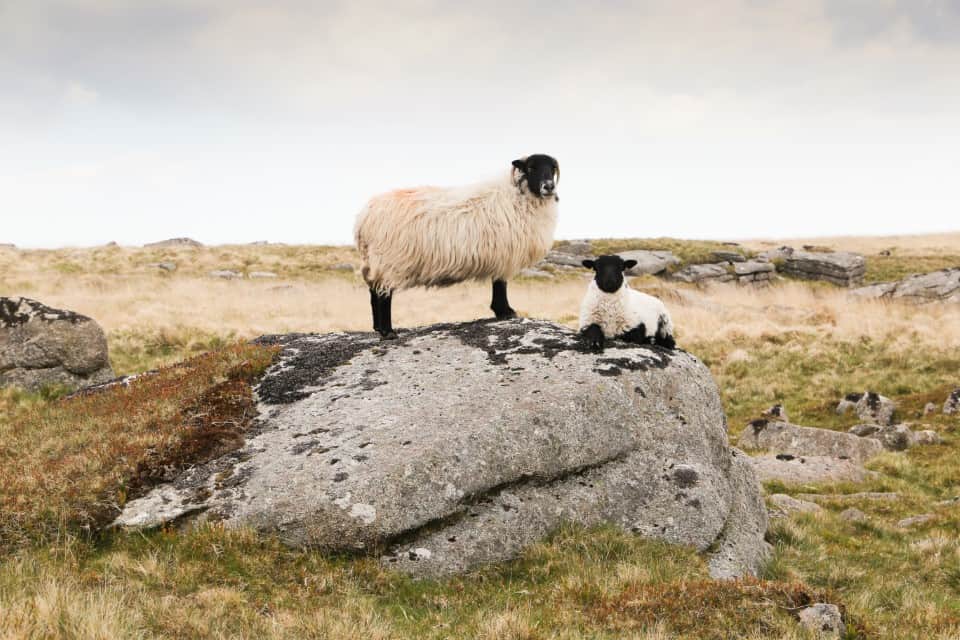 Back at the Two Bridges Hotel we were greeted by the friendly resident geese! The dog was afforded a warm welcome with towels to wipe her paws on and has often enjoyed relaxing in front of the fire after a long walk but today the sun was out so we opted to sit outside for our long awaited refreshments! We were not disappointed the beer went down very well and the Afternoon Tea was decadent! The dog was hoping for a look in but had to make do with some doggy biscuits as we polished off the lot! 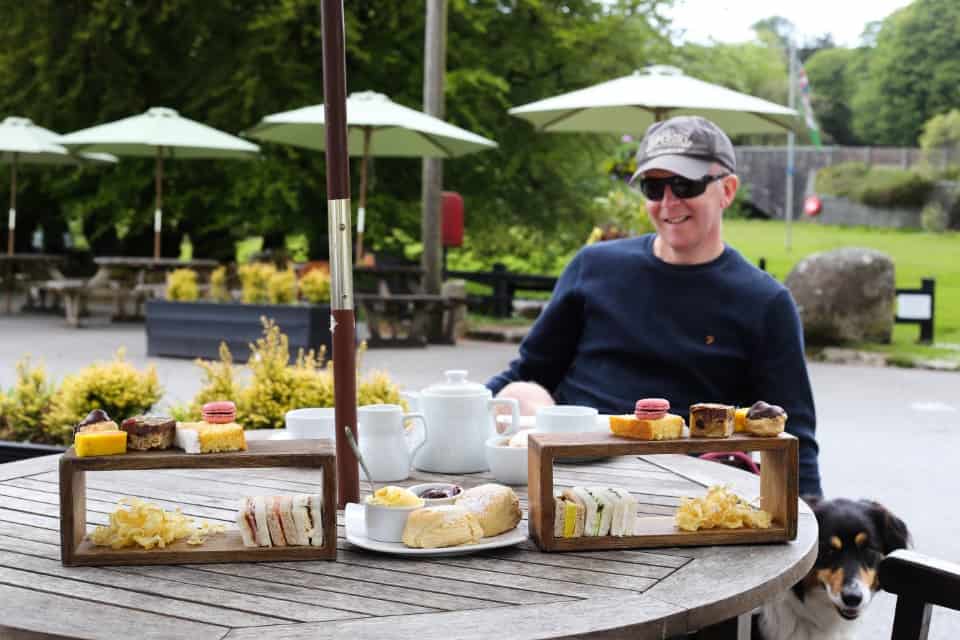 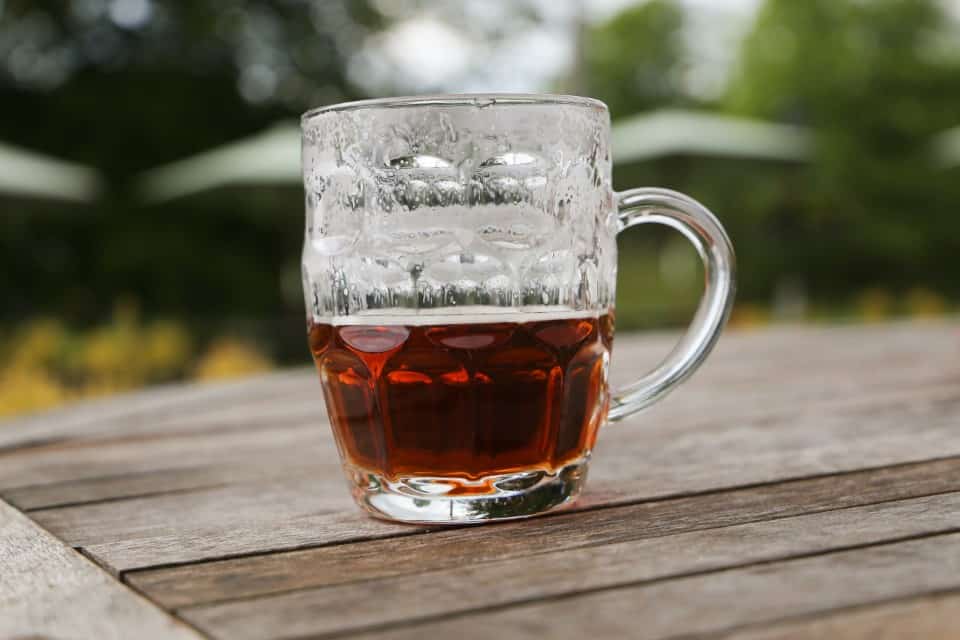 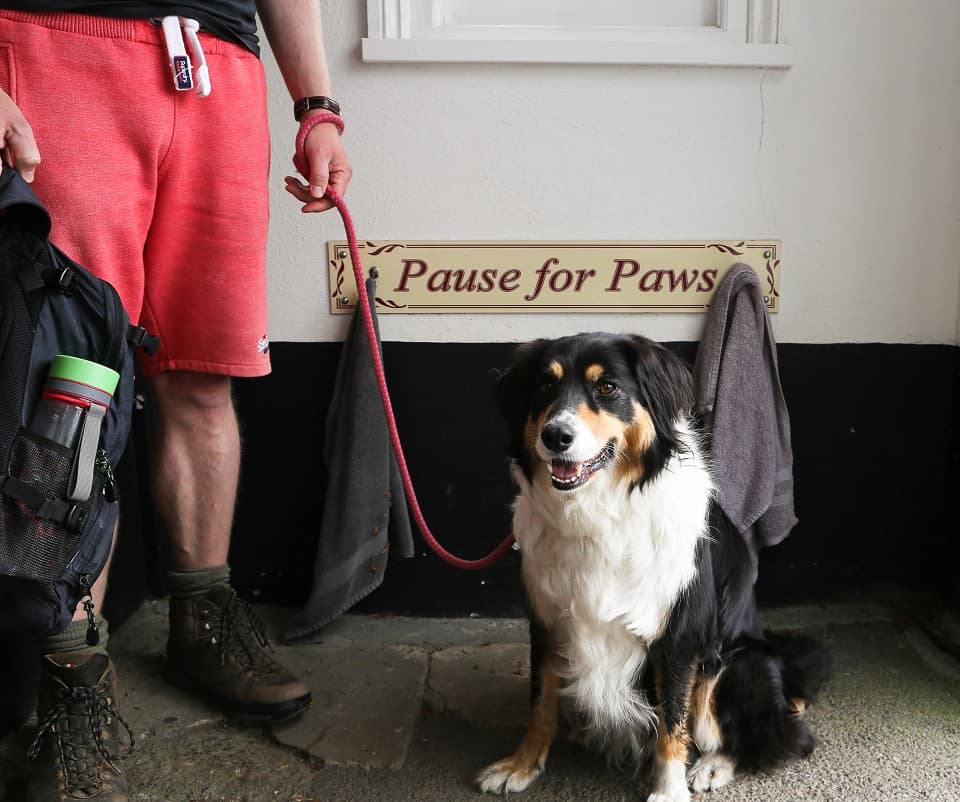