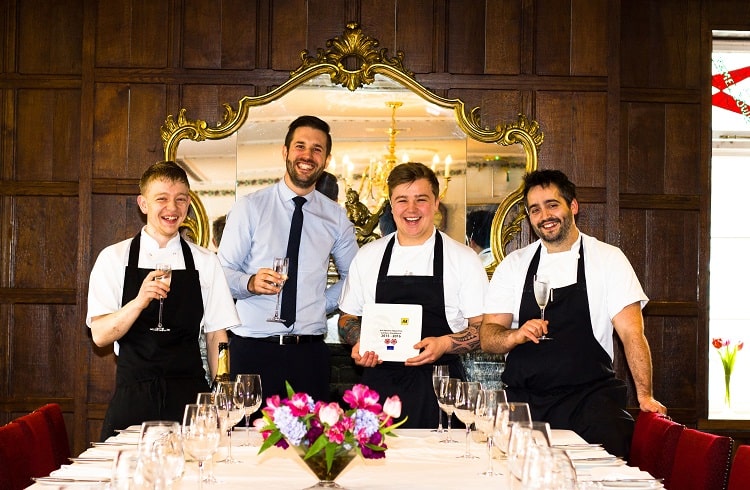 The accolade, awarded by AA Hotel and Restaurant Inspectors, recognises the Hotel’s Tors Restaurant for its consistently high standards and focus on top quality and seasonal ingredients from local suppliers.

The Tors Restaurant joins an elite selection of restaurants across the UK to hold the coveted double AA rosette status.

Under Executive Chef Mike Palmer’s direction, the Two Bridges Hotel prides itself on sourcing ingredients locally wherever possible, creating contemporary and seasonal menus throughout the year.

Executive Chef Mike Palmer commented: “We’re absolutely delighted to have achieved two AA rosettes – a real credit to our talented team, and to the top-notch Devon ingredients available from our local producers and suppliers.”

West Country-born Mike, who grew up in Princetown, has held the position of Executive Chef at the Two Bridges Hotel and sister-hotel The Bedford in Tavistock, for the past three years. His menus are inspired by his Devon roots and blend contemporary British and European cuisines.

The two AA Rosettes award recognises the exceptional service in the hotel, as well as Mike and his team’s technical skill and innovation, and judgement in combining and balancing flavours.  The Tors Restaurant menus are filled with contemporary twists on classics such as: Fillet of Dartmoor Beef with bone marrow, braised shin, asparagus and king oyster mushrooms and Sladedown Farm Duck served with a spinach, pineapple and chorizo samosa and his signature dessert ‘Everything Chocolatey’.

This latest recognition for the Two Bridges Hotel follows close on the heels of the prestigious Taste Of The West Gold Award achieved by the hotel in 2015. 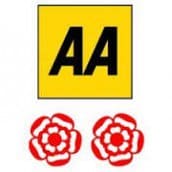